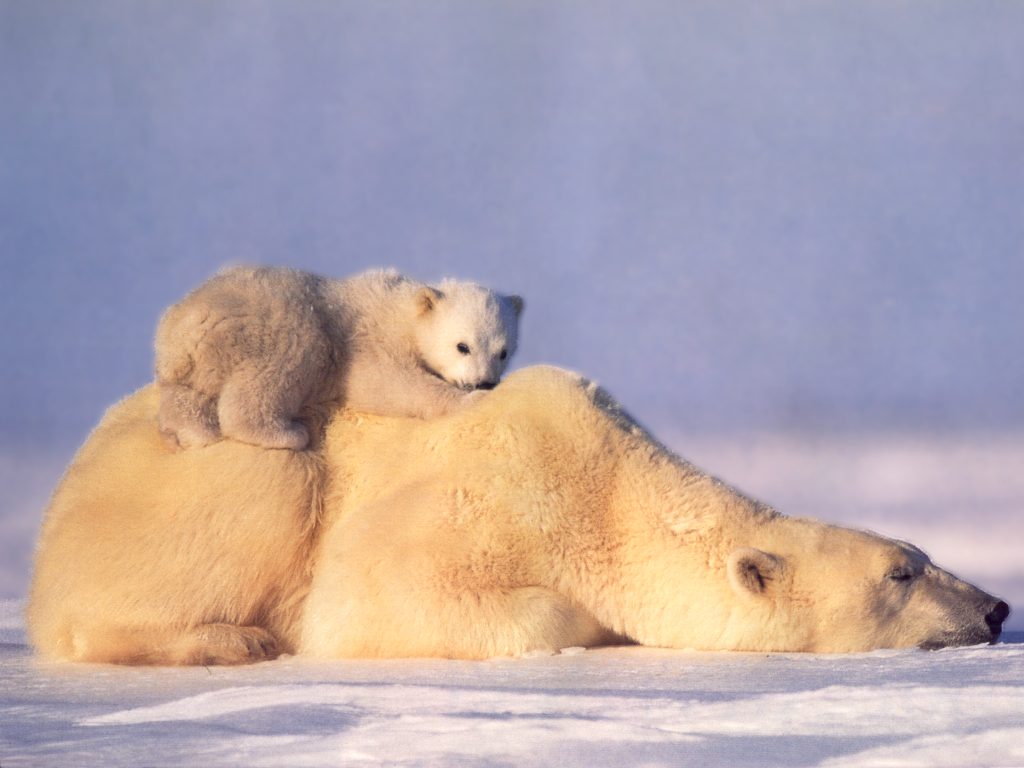 Microsoft has announced its partnership with Novell to put Suse Linux (2nd no Linux distro) on a Windows desktop. As part of the deal, Microsoft will offer sales support for Suse Linux and also co-develop technologies with Novell to make it easier for users to run both Suse Linux and Microsoft Windows on their computers. Microsoft plans to distribute 70,000 coupons for SUSE Linux Enterprise Server maintenance and support to customers that want to run both Windows and Linux in their environments. In addition to this, Novell and Microsoft will work together to improve interoperability between Windows and Novell's SuSE Linux.

Some insights from infoworld why this partnership has come along:

Scenario one: Looking to the future and seeing the proverbial handwriting on the wall, stops the bleeding of Windows to Linux desktops.

Scenario two: Did the desktop OEMs push Microsoft toward this deal?
More of their customers want Linux and so the PC manufacturers want this technology so they can give them both.

Scenario three: The most intriguing possibility of all.
Did increasing sales of Apple Macintosh which now has Intel inside and uses OS X which is a form of Unix, have anything to do with this decision.

All this sounds very compelling for Linux enthusiasts, but in reality, it's not, esp when Microsoft talks about interoperability. Microsoft over the years has been opposing Linux and open source solution and now this deal doesn't ring a bell to me. Novell and Microsoft have come together because they both want to screw Oracle and Red Hat. This unholy alliance of arch-rivals getting together is to strike on the head of other guys.

Is this alliance going to help Novell? In short term yes, but in longer term no. As Foley from zdnet adds, "Microsoft is not conceding that desktop Linux is gaining ground. It's not admitting that its closed-source strategy has failed. Sure, Microsoft is licensing to customers' requests for better interoperability. But if you think the Redmondians are throwing in the towel, vis-a-vis open source, you are underestimating severely Microsoft's well-proven ability to come out ahead on any partnership to which it commits." And that, I think, maybe the real take-away from this, aptly described in this post from ZDNet's Mitch Ratcliffe. Microsoft is not changing its license to GPL, it is still going to sell it s/w under strict license, but Novell has opened the gates for Microsoft to sell to its customers.
This alliance is a win-win situation for Microsoft and it proves again, it has no soul at all when it comes to business.

Looking ahead, this deal and Oracle's recent unbreakable Linux move has definitely put a lot of pressure on RedHat. 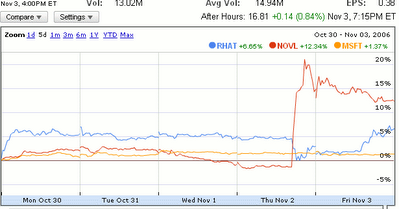 It will be interesting how RedHat responds to these changes in the marketplace. Until now there hasn't been much pressure on its share price, it is holding up, which suggests the market has a lot of confidence in RedHat. Let us wait and watch how this unholy alliance comes out in future.
Posted by at Saturday, November 04, 2006