Vodafone will get a lifeline from Retrospective Tax Withdrawl 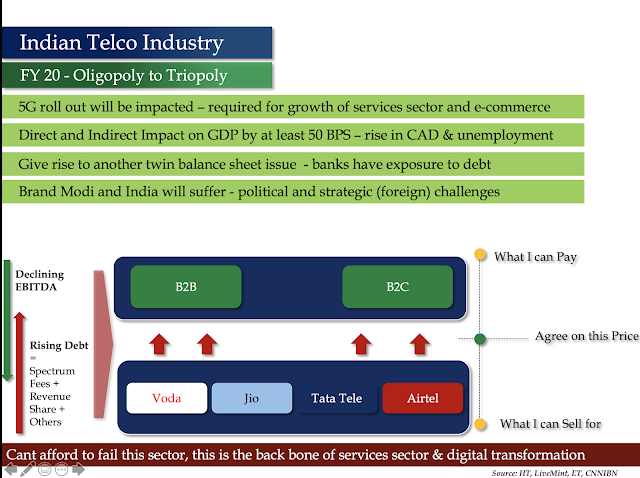 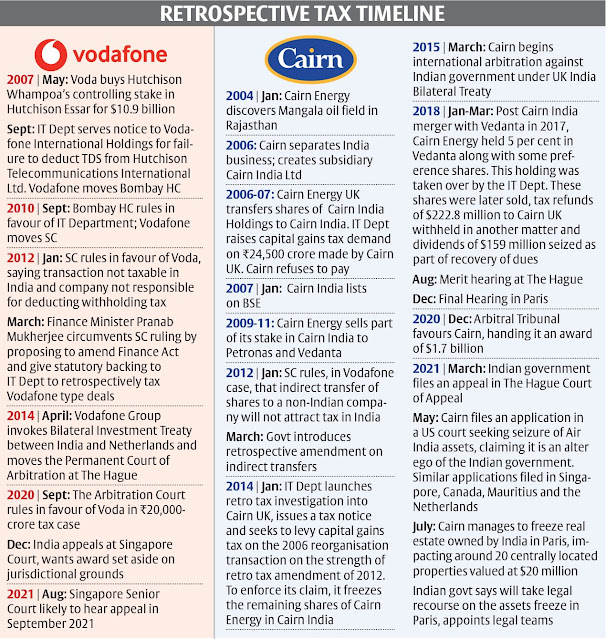 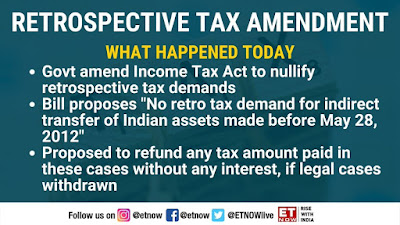 Key Issue and Arguments
Removal of Retrospective Tax by Indian Govt. will give a lifeline to Vodafone India who is struggling financially in a JV with Hutch/Idea. The tax was ill-conceived by the FM Paranb Mukjherjee even though it was opposed at the time by PM Manmohan Singh and his cabinet colleagues like P Chidambaram and Kapil Sibal (law minister) in 2007. The tax was imposed from the backdate (can claim nearly 60 years) after Vodafone won the case in Supreme Court (as described by Shekhar Gupta from ThePrint). By rolling out the retrospective tax FM exercised typical abuse of power, intimidation, and legislative superiority to ensure Vodafone falls in line.

Why Vodafone is Indispensable

India has few major players in the Telecom sector. The failure of any key player is detrimental for Telecom and is key to Indias IT-driven Service Sector. Besides this, it will cause twin balance sheet issues for the financial sector as Indian Banks will lose their invested capital.

For Vodafone India, on the verge of bankruptcy in FY 22, Rs 20K crore liability will give a lifeline and infuse cash to survive in a capital intensive industry during these challenging times when the demand profile has changed.

In short, this decision by govt is late, but sometimes politics can weaken strong leaders resolute to reform. As Shekhar Gupta (from ThePrint) called out correctly that if a mistake goes long, it does more damage, but it needs to be welcomed if it's corrected.
Credit: Shekhar Gupta from The Print, ET, The Hindu, WSJ.
Update on Liability for Vodafone India is around 60K crore, (share price is around - Rs7).
India's telecom sector is mismanaged by bureaucrats and is destroyed by some of the ludicrous policies on taxation like AGR for spectrum. The amount of money owed to govt and bank by 3 telco companies (VI, Airtel) is around 1Lakh crore. Govt needs to assist this sector which has laid the pathways for the future. Time is running out before it's too late. 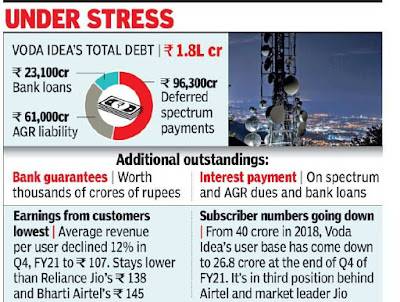